Unequalopolis: the immersive board game that addresses Gender Inequality 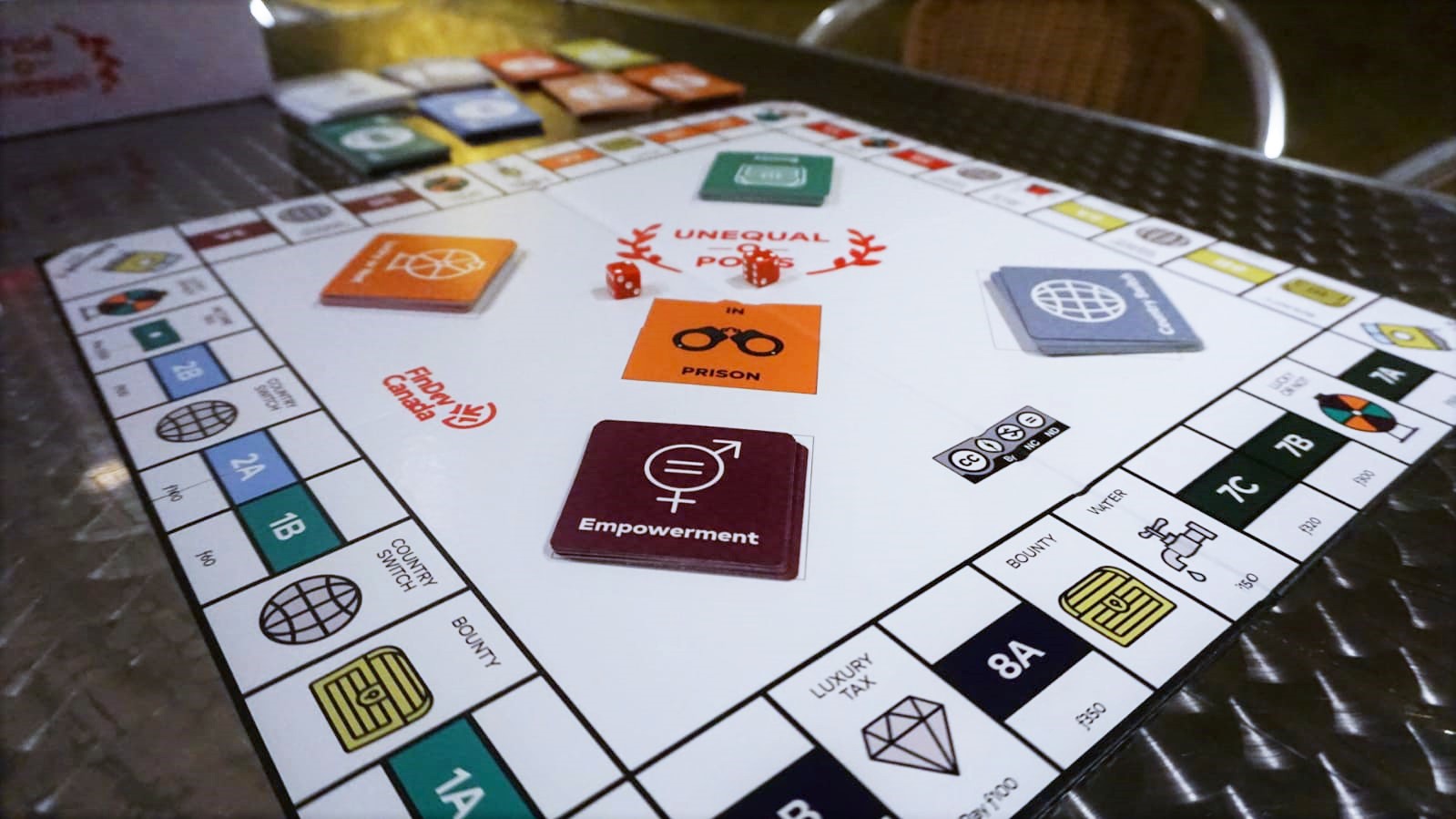 Gamification has long been implemented as a means to reward people for doing something good. But what if it was used to push people to change instead?

Immersing people into simulated situations that bring up feelings and experiences can have a poignant impact, especially if done through a fun medium. What if you were asked to demonstrate how a long-standing situation is not only unfair and hurtful to people affected but also detrimental to society? What would be a smart, memorable way to do that?

You might gain a better understanding from reading or be momentarily moved by speakers. But you will never know what it feels like.

If you’re trying to get people to experience what a situation feels like and go beyond imagining themselves in the given scenario, you need a different kind of tool.

Board games have made a comeback a couple of years ago, not only at the dinner table, but in pubs and cafés. Recently, some might have turned to them as a household activity during the COVID-19 pandemic. I used to love board games as a child. One of the things I remember from those days is that the loss felt real while we were playing. It got so frustrating at times. That’s what I find  is so special about board games, besides the entertainment piece: they make us experience the sense of winning and losing as a reality.

That’s precisely why board games were the first tool that came to mind when addressing the challenge of how to make people get closer to “experiencing” gender inequalities they might have read about. As the 2X Challenge recently called upon investors to keep placing gender considerations at the core of their decision-making process, gaining a better understanding of how barriers to women’s economic participation affect not only women but the entire society is more relevant than ever. This board game enables players to experience how women in many parts of the world live with fewer legal and social rights than men. In other words, entrenched inequality.

The idea is simple: players are assigned a gender through the roll of the dice and advance around a game board where they can buy, sell and trade properties. Here’s the catch: this micro-economy is particularly unfair for women, just as real life is.

Right from the start, Unequalopolis puts women at a disadvantage. Each man begins the game with 1,500 currency units or Fincoins, while a woman starts with only 1,000.

The rules are far from arbitrary. They are based on real-life laws and regulations in force in several countries. Each card that restricts women’s participation comes with statistics from sources such as the World Bank, Food and Agriculture Organization (FAO) or the International Monetary Fund (IMF) to show the real-life equivalent of that rule.

The game also reflects how gender inequalities affect men. For example, men have a higher chance to go to prison, as men worldwide have a higher probability to receive prison sentences than women.

Unequalopolis was created as a tool to show why women’s economic empowerment, placed at the core of all of FinDev Canada’s activities, is so important, not only because it’s right, but because it’s smart in terms of global economic growth.

Can we level the playing field?

You might think a woman could rarely win at Unequalopolis, and you’d be right. But after the fourth round of play, a woman who rolls doubles earns an Empowerment card that she can keep for the rest of the game. These cards override some of the restrictions that women face.

Empowerment cards show some progress has been achieved towards gender equality, yet the game remains stacked against women. Players in that role find it frustrating, annoying, and blatantly unfair. They experience a glimpse of what it’s like for countless women around the world, for whom similar practices are not a game, but their day-to-day reality.

Despite the several benefits to the global economy that could stem from gender equality, such as a global GDP growth of USD 12 trillion, we are still two centuries away from achieving this goal, according to the World Economic Forum.

The United Nations made a global call to address this situation within their 2015 Sustainable Development Goals (SDGs.) More specifically, SDG #5 calls on the world community to ensure gender equality by 2030.

Unequalopolis is not going to change that overnight. But it can show that, even if you can level the playing field with an Empowerment card, that does not even the score.

The game is available for purchase at cost and a print-and play version can be downloaded for free.

Playing it with as many people as possible, getting that “aha moment” of understanding how legal and social barriers to women’s economic participation affect all of us, is one of many ways we can help flip the board on gender inequalities.