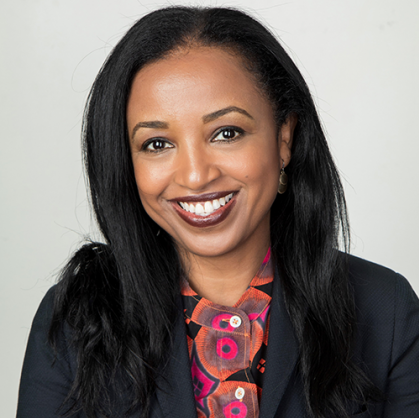 Ms. Alemayehou is Senior Vice President for Public – Private Partnership at Mastercard. Prior to joining Mastercard, Ms. Alemayehou was the Managing Director and a member of the Board of Directors for Black Rhino Group, (a portfolio company of Blackstone) an investment platform focused on the development and acquisition of energy and infrastructure assets across Africa, based in Dakar, Senegal. Her previous roles included Executive Vice President of the Overseas Private Investment Corporation (OPIC), the development finance agency of the U.S. Government, which provides loans, guarantees, and insurance to catalyze foreign direct investment and private equity into emerging markets. Ms. Alemayehou was appointed to the post by President Obama and confirmed unanimously by the full Senate. During Ms. Alemayehou’ tenure from 2010 to 2014, OPIC’s portfolio grew by more than 24 percent to $18 billion and the corporation’s Africa portfolio tripled to nearly $4 billion. Previously, Ms. Alemayehou was appointed by President George W. Bush to serve as the United States Executive Director on the Board of Directors for the African Development Bank (AfDB). The AfDB Board is responsible for approving all loans to governments and investments to private sector companies by the largest African development finance institution. In this role, Ms. Alemayehou was the senior U.S. Treasury Department official in Africa representing the United States on policy and development issues across the continent. Ms. Alemayehou received a Distinguished Honor Award for her outstanding service from then-United States Secretary of Treasury, Henry Paulson.